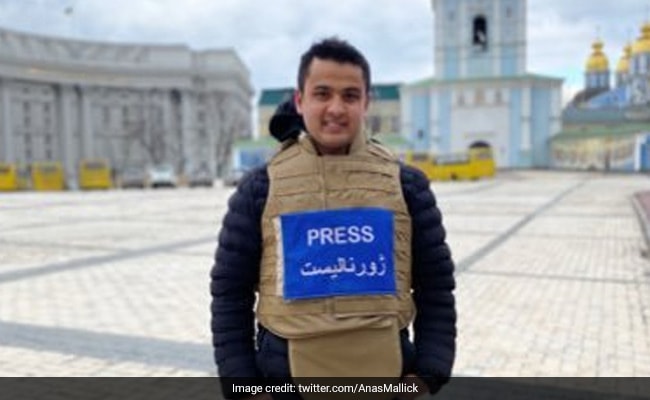 Anas Mallick was in Afghanistan to cover the Taliban’s takeover and al-Qaeda chief’s assassination by US.

Pakistani journalist Anas Mallick, who was in Afghanistan to cover the first anniversary of the Taliban’s takeover of the country, was abducted and physically assaulted by the Taliban. However, later Pakistan’s ambassador to the neighbouring country Mansoor Ahmad Khan on Friday confirmed that he is safe.

Mallick, who works for India’s WION News Channel, landed in Afghanistan on Wednesday to cover the Taliban’s takeover and the recent assassination of al-Qaeda chief Ayman al-Zawahiri in a US drone strike.

His fellow journalist was one of the first persons to share the news of Anas Mallick’s disappearance Thursday night, in a tweet.

She shared that his phones were not reachable and no information about him was available with the Pakistan embassy in Kabul, which had begun conducting preliminary inquiries with the Taliban government.

Later, Pakistan’s ambassador to the Afghanistan Mansoor Ahmad Khan confirmed Friday that Mallick has now been located in Kabul and is safe.

“Regarding reports about Pakistani journalist Anas Malik, I have just talked to him on phone briefly. He is in Kabul and safe. Embassy will remain in touch with him,” the envoy tweeted.

Pakistan’s Foreign Minister Bilawal Bhutto had also shared the information via Twitter. Mallick also took to Twitter to inform about his safety, saying, “I am back”.

He was reported missing the next day after filing a story about the safehouse where the al-Qaeda chief was killed in a drone strike. Anas Mallick had recently interviewed Pakistan Foreign Minister Bhutto on the sidelines of the Shanghai Cooperation Council(SCO) meeting in Tashkent.

Anas Mallick’s younger brother Hassan Mallick in a tweet had wrote, “My elder brother and journalist Anas Mallick has been missing in Kabul from past more than 12 hours. Authorities are requested to please pursue the case and ensure his swift and safe recovery. Prayers requested too.”

Narrating the account of what transpired Mallick said, “We were handcuffed, blindfolded, and faced the wildest accusations and after that were questioned thoroughly on our journalistic credentials as well. Personal questions were also hurled at us. Late in the evening yesterday, at around 9:30 (local time), I was moved into a room where I was told I will be allowed to walk free once the translator shows up.”

He also revealed his traumatic experience by showing his torn clothes and injuries.

This wasn’t Mallick’s first visit to the region. He had extensively covered the Taliban’s takeover following the United States’ withdrawal last year. Importantly, the local producer and his driver are still being held by the Taliban. Although they said that they will be releasing them soon, but there has been no update.

While covering the clashes between Afghan security forces and the Taliban on July 16, 2021, the Pulitzer-winning Indian photojournalist Danish Siddiqui was illegally detained, tortured, and killed by the Taliban, and his body was mutilated. This was not an isolated incident as there are many incidents relating to the attacking of civilians, including journalists.

38-year-old Siddiqui, who was the Chief Photographer for Reuters in India, was killed in Kandahar province’s Spin Boldak district while covering the violence in Afghanistan.

“Danish, our loving son, was murdered by the Taliban for simply carrying out his journalistic duties,” said Danish Siddiqui’s mother, Shahida Akhtar. “He was subjected to barbaric levels of torture and mutilation while in their custody. Danish always stood for honesty and integrity in his work. He always showcased the pain and suffering of the people. He was brave and courageous all along.” Siddiqui, a native of New Delhi, is survived by his wife Rike and two children.

Over 200 media outlets have ceased operations in Afghanistan and 7,000 media workers have lost their jobs since the Taliban seized power in August last year while the country’s economy continues to shrink.