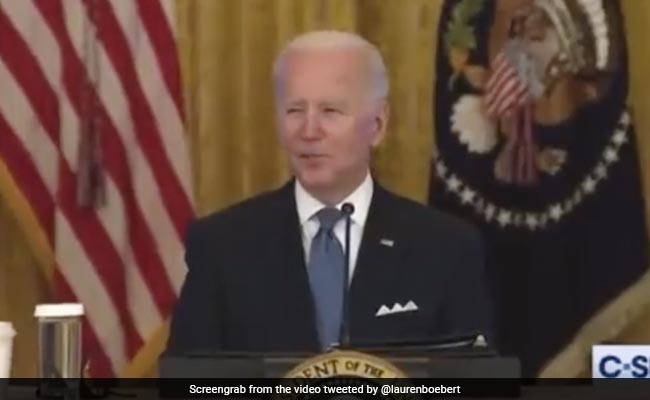 U.S. President Joe Biden said Thursday that he would nominate a black woman to the Supreme Court for the first time in history, filling the vacancy left by retired Justice Stephen Brayer.

In a statement from the White House, Biden said, “I will nominate him, he will have extraordinary qualifications, character, experience and integrity.”

“And that person will be the first black woman to be nominated by the United States Supreme Court.”

Biden, speaking to Brayer, also indicated that he would seek a speedy nomination process by promising to nominate his candidate by the end of February.

The departure of Breyer, 83, gives Biden a potentially smooth opportunity to replace a lifetime seat on the Supreme Court while his Democratic Party retains control of the Senate.

The Supreme Court is currently divided into six conservatives and three liberals. Biden will now be able to strike a balance and nominate another liberal lawyer in court.

Breyer was under pressure from Liberals to leave in time for Biden to get his nominee through the Senate before the mid-November election, when Republicans are in a strong position to gain a majority in Congress and then control the approval process.

In his resignation letter released on Thursday, Breyer emphasized the need for a comprehensive plan to ensure that the legacy goes smoothly, confirming that he will remain in court through the current packed term – but not before his replacement is ready.

“I want to implement this decision when the court rises for summer vacation this year (usually in late June or early July) assuming that my successor has been nominated and confirmed by then,” he wrote.

Biden promised to bring an African-American woman back to court when she was campaigning for the Democratic presidency.

The vow was part of his vital campaign for the black community, which eventually became a key element in defeating a crowded field of Democratic rivals and then ousting Republican President Donald Trump.

Biden said he would seek Harry’s help in seeking Brayer’s replacement, describing him as an “exceptional lawyer” and mentioning that he was a former member of the Senate Judiciary Committee – a body he headed as a senator. .

Breyer is the oldest judge on the court and was nominated in 1994 by former Democratic President Bill Clinton.

Praising Breyer, Biden highlighted his bipartisan spirit, saying he “patiently sought common ground” and was “an ideal public servant during the great partition of this country.”