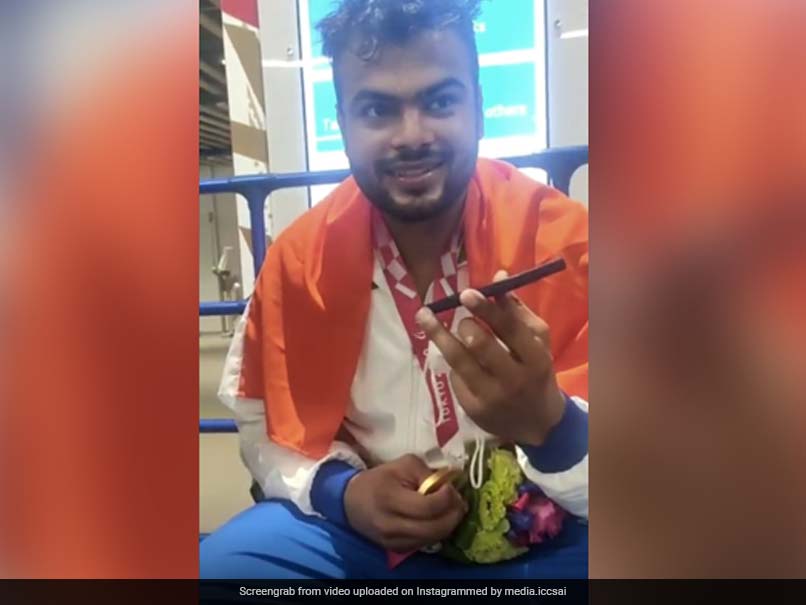 Sumit Antil spoke to Prime Minister Modi on the phone after he won a gold medal at the Tokyo Paralympics.Twitter

After Sumit Antil’s outstanding performance in the men’s javelin (F64) final, which saw him break the world record three times on the way to winning a gold medal at the Tokyo Paralympics, he was greeted in another special moment when Prime Minister Narendra Modi called him. Congratulations to him for his achievement. The Sports Authority of India has shared the video of Prime Minister Modi’s call to Antil on Instagram. “Listen. A golden moment for the golden boy,” SAI captioned the video.

“Sumit, congratulations to you. You have made the country proud,” Prime Minister Modi told Antil on speakerphone.

“The problems you have faced in life will inspire the youth of the country,” he said.

As soon as the call was over, Sunil Antil was seen to be happy.

“The Hon’ble Prime Minister has spoken to every Para Medal recipient to congratulate them and encourage them to carry the pride of the nation,” the SAI Post added.

On Monday, India won five medals at the Tokyo Paralympics, taking their number to seven in the ongoing edition – the country’s biggest achievement at the Paralympic Games.