Cricket: Sudeep Tyagi the Former pacer of India has declared his retirement from the world of cricket game at a very younger age of 33 years. 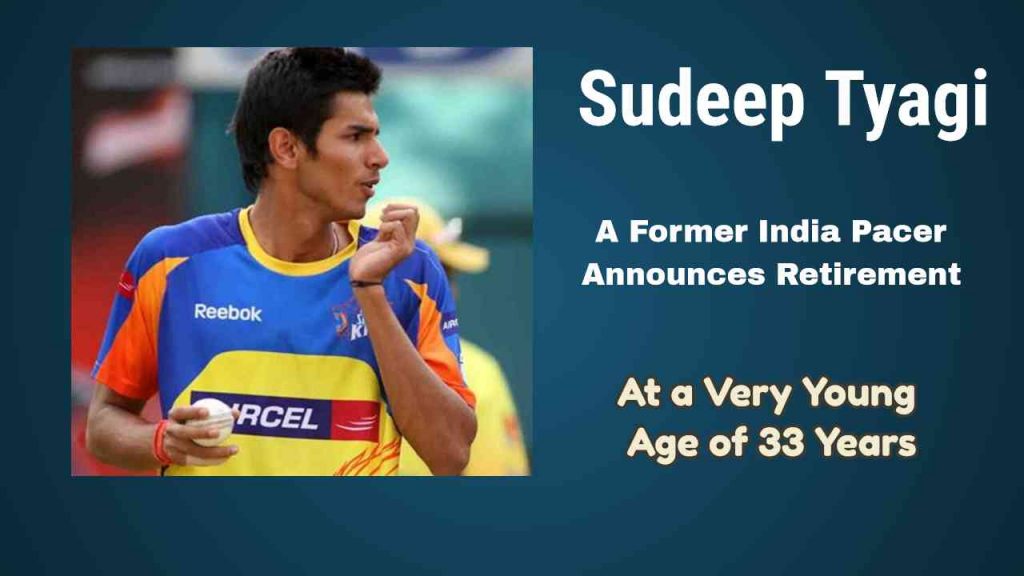 He played Ranji Trophy in the year 2007-08 for the team of Uttar Pradesh which was considered as a first-class cricket. He took 41 wickets in Ranji Season and it was highest in the country.

Tyagi also played in the Indian Premier League for the team Chennai Super Kings in the year 2009.

Tyagi was a fast-medium bowler and a right-handed batsman. He took 109 wickets in his First Class Cricket Journey.

Finally, he tweeted on his Twitter handle that “It was a most difficult decision of his lives dream”

This is the most difficult decision i ever made , to say goodbye to my dream . #sudeeptyagi #teamindia #indiancricket #indiancricketer #bcci #dreamteam #ipl pic.twitter.com/tN3EzQy9lM

If you want to read more about Sudeep Tyagi at Wikipedia