Taarak Mehta Ka Ooltah Chashmah written update June 6 2019: Bhide came in tension after Abdul’s behaviour in the matter that they will not buy milk from Abdul’s shop because he also increased 3rs price of soda after increasing of milk. Then the Bhide decided that they will not go Abdul’s shop today to drink soda. But he thinks that the Jethalal would not accept that we will not go today. Then Bhide immediately call Jethalal to tell him that today we will not go today to drink soda in Abdul’s soda shop then after some talking in phone call Jethalal accept Bhide’s idea. 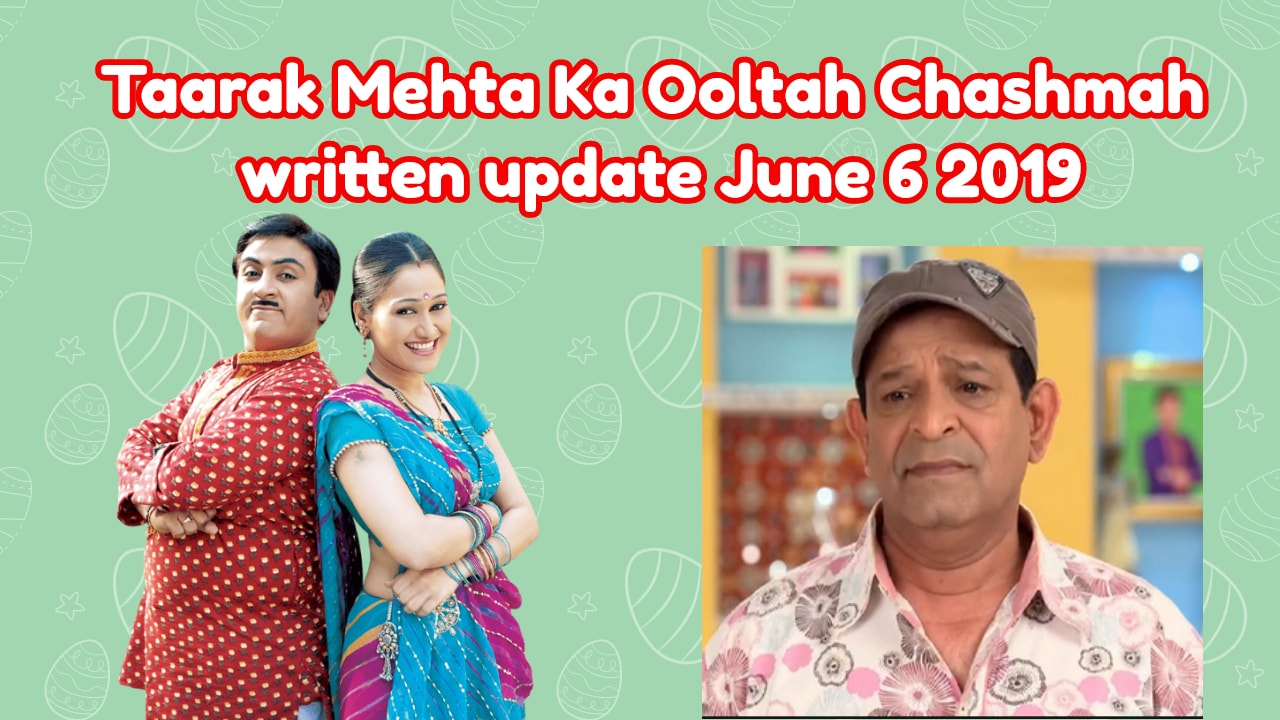 Jethalal decided to give surprise

After that Jethalal decided to give surprise to all gokuldham members then at night time he call all society member including tappu sena and babu ji. After coming of all in society compound Jethalal appeared from his home and all started asking Jethalal that why you have called us today at society compound. Then Jethalal answer that he want to give surprice today to all. They ask what surprise then he told about problem of soda that they will not go Abdul’s shop to dring soda then i have decided to give barf gola party to all society members.

There in the shop the Abdul thinking

There in the shop the Abdul thinking that today i will make good soda that Bhide bhai and all will forget about the tension of prise of milk and soda. After waiting some time he decided to go society to call all in soda shop, he saw Popatlal saying that if we will not go Abdul’s shop to drink soda then he will realise that he had done wrong by increasing the price of soda and milk. Then secretly Abdul gone from there and decided that i have to do somthing now.

Now here in society compound Jethalal called barf goda thela and told him to give gola to all society members. They enjoyed a lot.

In the morning in the popatlal’s house he is making tea and he found that there is no tea in the tea box. He suddenly go Abdul’s shop to buy tea but he found that the shop was closed. Bhide came there with madhuri they all go another place for breakfast. Now the tappu sena ready to play cricket but they finds that there is no ball to play cricket. Then they went to Shop of Abdul they saw that the shop was not opened, he called Abdul that today why you have not opend shop then he told that because no one is there to buy milk from him that is why he had decided to open shop late. Tappu said, come in shop and give us a ball. He answered ok i am coming.

After coming of Abdul

Tappu told him that Abdul bhai don’t increase the price of milk and soda otherwise you will loss all your shop daily customer then he told in angry to tappu if you want to buy ball for 30rs then buy otherwise go from here. After thinking sometime he decided to do something now.

If you want to get update of 7 june written update then click here we will update after serial cast and subscribe our newsletter here and see here we provide written updates of so many tv serials.