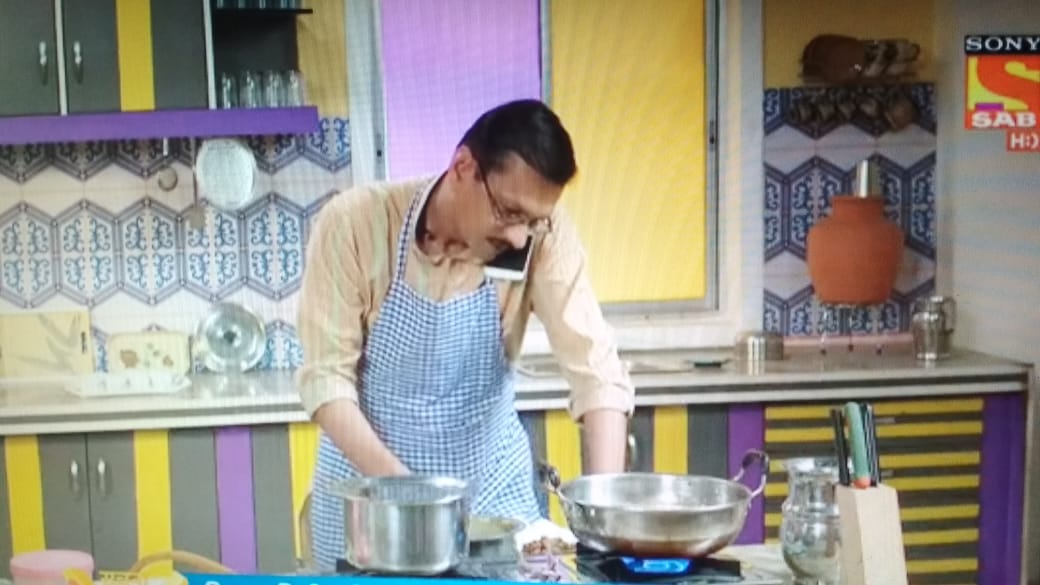 He is frying the ‘Pakoras’. He is thinking to eat with tomato sauce bu he finds sauce bottle empty. He calls Abdul for the sauce but Abdul didn’t answer the call.

Bhide is writing ‘Suvichar’ on the Notice Board. Popatlal calling Abdul from his Gallery. He had interacted with Taarak, Iyer, and Bhide. The Gram flour from his hand drops on them while talking to them. He says sorry for it. But there is some conflict with them. After they go home to change their clothes. Then Popatlal asks Bhide to call Abdul for sauce Bhide rejected and he takes sauce from his home and gave to the Popatlal. He asked him to eat ‘Pakora’ but Bhide told I have already eaten in the morning. 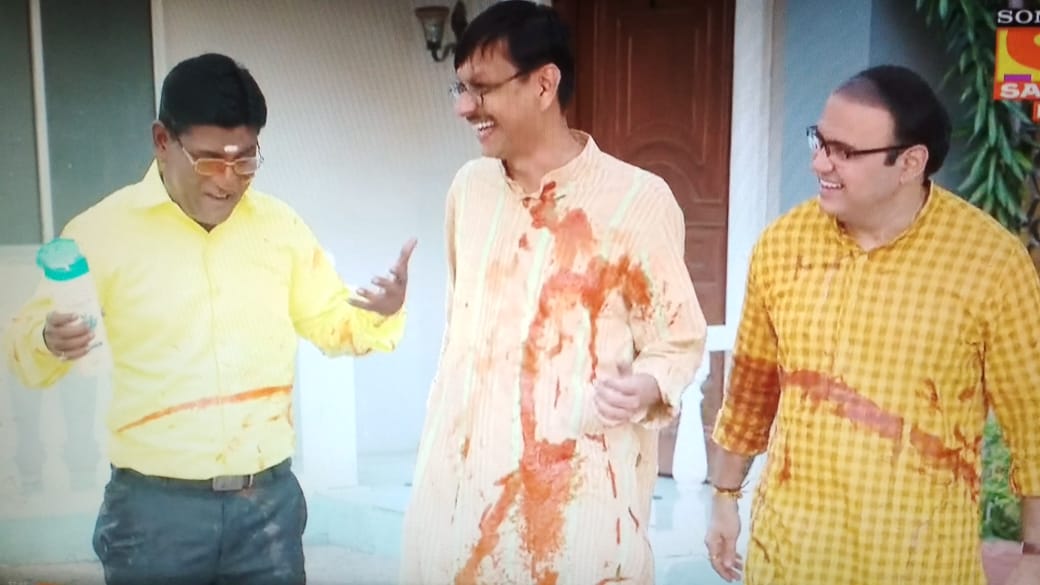 Again Popatlal says sorry to them

But they were saying that we will also take revenge(Badla) by putting sauce on you. Then ladies came they told the full story to ladies. Popatlal is running on the compound to save himself and Sodi and Iyer to catch Popatlal. 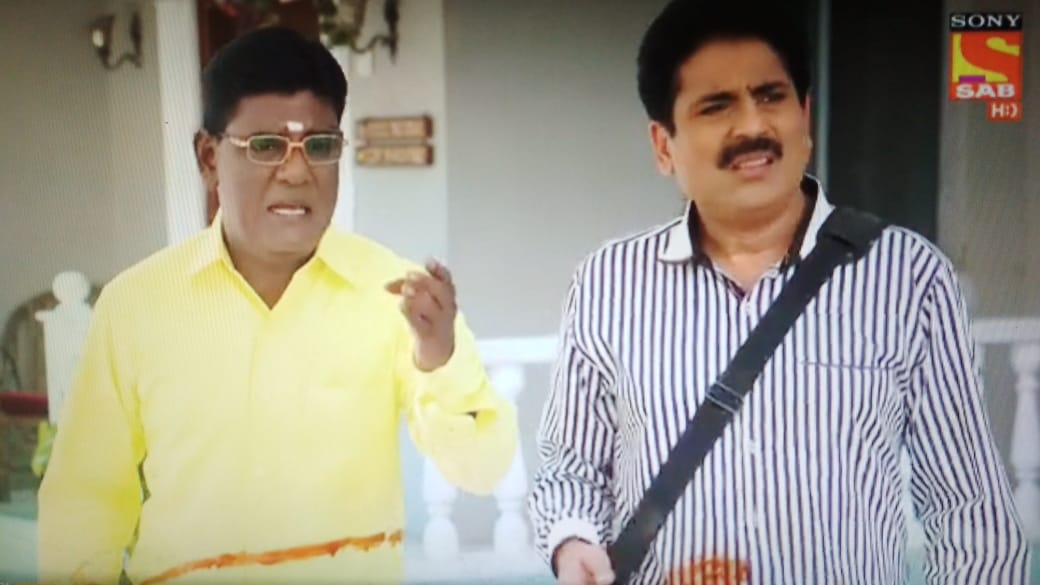 Bottle of sauce on his hand and he is running with the bottle and Champaklal came and Taarak threw the sauce on his kurta. Champaklal got angry and said what are you doing ‘mehtus’. He says holi is left two days and here you are playing Holi like small kids with tomato sauce. They told the story to Champaklal.

Then he told that

Don’t waste the eatable items but when Bhide told chacha Ji it was expired then Champaklal said so let’s play and puts sauce on Popatlal all are putting sauce with each other. 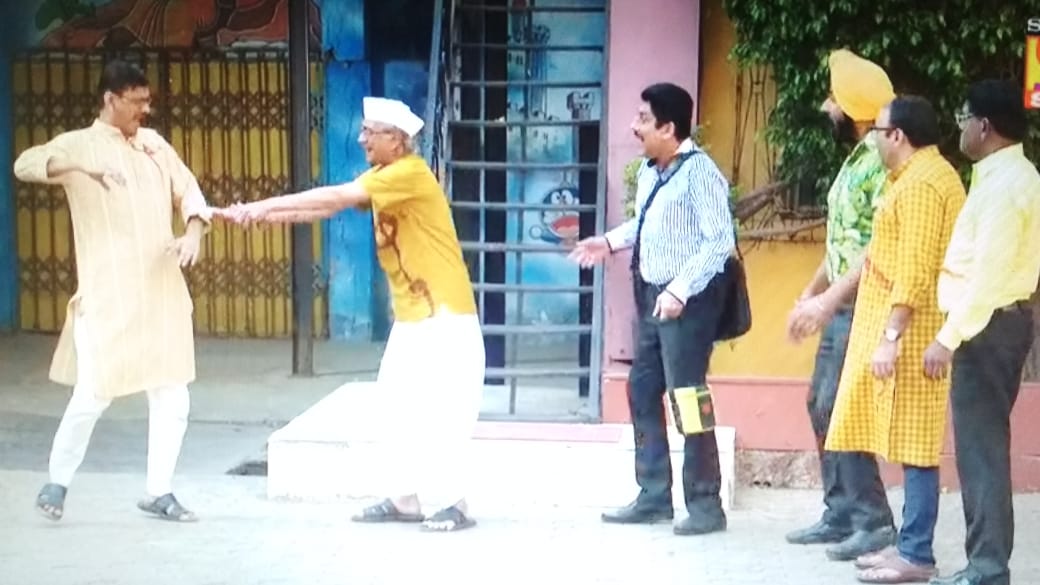 He finds all are playing Holi with a sauce he tries to go his shop quitely but they caught him. They also put sauce on him and Abdul. Then Jethalal also puts shampoo on them mostly on Iyer. All the ladies also came. Now jethalal asked for the reason. Then all told all the story. End.

Thanks for visiting. I hope you guys enjoyed. Share this to everyone who had missed the episode of 3 March 2020. We have provided “Taarak Mehta Ka Ooltah Chashmah Written Update”. Source: SonyLiv

Come every day to read the updates…