At the gate of Gokuldham

Start: The director of the show Asit Kumar Modi opened the gate of the Gokuldham society and welcomed all with the ‘Gokuldham Unlocked’ message. Now he started moving toward the society compound and prayed all the gods present in the compound and visited the Temple for taking ‘ashirwaad’.

The Jethalal welcomed all with dancing in the songs and all other members of the Taarak Mehta ka Ooltah Chasma show. And also shown the old shows scene that how they have made our fun with the previous episodes. All actors were trying to tell us that again we have come to make you laugh and share some clips of the previous all the episodes.

He told us about the new episode and thanked all of us that we have demanded a new episode. He gives us knowledge about the coronavirus outbreak and again entered the world of laugh after 4 months. He also told that as we can’t make you laugh by wearing masks so our actors don’t wear masks but they will follow every preventions and measure of the Government.

The Show starts with Jethalal

Jethalal starts the show with Surya Namaskar by praying to the Sun like every day he used to do. Now the Jethalal sees that Babitaji is in balkani talking to someone on the phone Jethalal decided after she cut the call I will tell him Good Morning but suddenly one person tells him the good morning after replying to the person Jethalal finds BabitaJi gone inside the house. Jethalal realized that why I responded to that person.

Now Bhide Entered to the Compound

He goes to write a ‘Suvichar’ in the Board. He wrote that ‘Stay Away from the Doctor, Lawer and Police’ then Abdul entered and saw the suvichar. But when Haathi reads he got said and Bhide asks Dr. how is the suvichar today then Hathi told I am hurt with it if you tell that don’t go to the Doctor then how I will happy with it. If you feel that you want that I should never be with you all then I am going from the society and he moves towards his home and Bhide trying to stop him. Now Taarak entered and asks what happened who is going from society. They discussed the matter.

When Taarak saw the Board he told the Haathi about the actual meaning of the Suvichar. And he explained that we want a disease-free life, crime-free life and fight free life. If we all live free from these all then we don’t need all of the Police, Doctor, and Lawer. Bhide also told him sorry to Haathi for hurting him.  Taarak also wrote the meaning of the line on the board that if again anyone complains about the same matter and meant that to live a better and safe life we should always try that don’t give a chance of going to them. They all discussed the same matter again.

Chaalu Pandey entered and said to staff find the number of Jethalal I want it now. There is also some funny moment one new staff member came he said that who is Jethalal I don’t know him. Chaalu told him it is your duty to find every detail in the world.

He is singing the song ‘Apni To Jaise Taise’ and went out of the bedroom and suddenly Babuji coming from outside and Jethalal saw him and he started singing a Bhajan. Champak Lal said him why you have changed singing that song ‘Apni to Jaise Taise’ and he told him that sang that song again but Jetha to Babuji how I sing that song in front of you then Champaklal told when I was in your age I also used to sing like that only. Jethalal asks how Babuji then he sang a song and both starts singing again the song ‘Jindagi Aisi Yeh Paheli Kabhi Yeh Hasaye Kabhi Yeh Rulaye’ End. Click here to Read 23rd July Episode No. 2955.

I hope you guys enjoyed it. Share this to everyone who had missed the episode of 22 July 2020. We have provided “Taarak Mehta Ka Ooltah Chashmah Written Update”. Source: SonyLiv 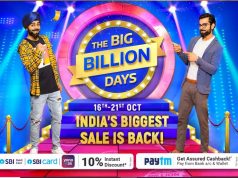 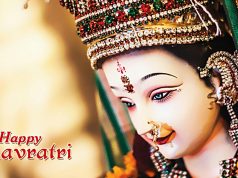 Sri Lanka to be paid $1.8 million by owner of oil supertanker that caught...