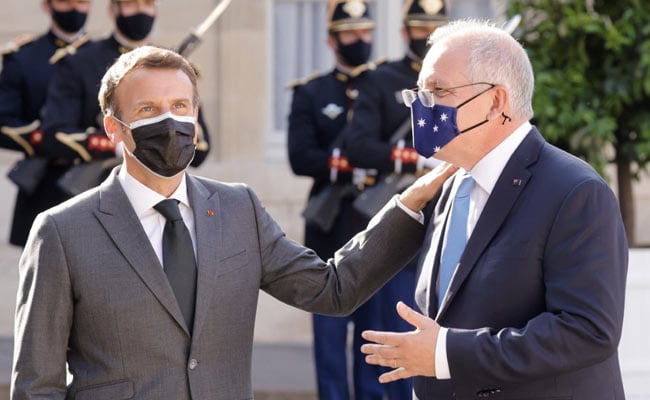 Australian media on Tuesday released a message between French President Emmanuel Macron and Australian Prime Minister Scott Morrison as Canberra seeks to withdraw allegations that it lied about a multibillion-dollar submarine deal near Paris.

Australia canceled a deal with France’s Naval Group in September, opting to build at least 12 nuclear-powered submarines after reaching an agreement with the United States and Britain.

The cancellation caused a major bilateral rift and on Sunday Macron said Morrison lied to him about Australia’s intentions, an unprecedented allegation among allies. Morrison has denied the claim.

According to a source familiar with the messages, two days before the announcement of the agreement with the United States and Britain, on September 14, when Morrison tried to set up a call about a submarine deal with Macron, Macron responded with a message: “What shall I do? Our joint submarine Hope for good or bad news for ambition? ” The message, including Morrison’s response, was not released.

Refuses to identify the source due to the sensitivity of the matter.

France says Canberra has not tried to inform Australia of the cancellation until the day it announces its agreement with the United States and Britain.

“There is no doubt that Morrison will have to put his front foot in front of Australians and allies to convince them that he is not fake and lying, but there was deep concern that the project would not be completed,” said Hayden Manning, a professor of political science. At Flinders University in South Australia.

This month, the European Union postponed next round of talks on a possible free trade agreement amid strong anger over Canberra’s decision to cancel the deal with France.