Skip to content
Bijapur: After 16 years of trying, a school has been opened in a Naxal-inhabited village in Bijapur district of Chhattisgarh, the district administration said.

Speaking to ANI, Bijapur District Collector Ritesh Agarwal said, “Many schools were destroyed by Naxals in the last 15-16 years. 116 schools will be opened this year, benefiting 2,800 children. Peda Jojar, Chinna Jojar and The villages of Kamkana in Bijapur block can now get education. ”

The district collector further said that the administration faced obstacles from the Naxals during the construction of the road as many security personnel were killed in the process.

Block Education Officer (BEO) Zakir Khan said, “The most difficult part is to establish dialogue with the villagers. The government has decided to create a network so that students get the right to education. Today 900 students are enrolled in 14 schools. One block.”

“We used to know only Gondi language but now we can speak Hindi. Teachers are coming every day. The school administration is giving us books and school uniforms,” ​​a student named Neha told ANI.

Teachers have to go through a river every day to reach the school. Despite all the weirdness, the students reported that the teachers did not miss a single class.

“After the Salwa Judum uprising against the Maoists in Bastar in 2004 and 2005, the Naxals targeted school buildings in the hinterland of Bijapur, Dantewada, Sukma, Narayanpur.

10 August 30 years later, the Naxal-inhabited Tarem village of Bijapur has found its way into electricity, its own primary health center (PHC), a school, electricity connection, other civic amenities. Residents of Tarem village, 500 km from the capital Raipur, were deprived of basic amenities as the area had been the scene of Naxal violence since 1980. Now there is primary health care, anganwari center, a ration shop and roads.

Violence caused by the Naxals forced many villagers to flee their hometowns.

On April 3, 2021, 22 soldiers were killed and 31 wounded in clashes with the Naxals in the forests of Tekulagudem and Jonagudar, just 10-12 km from the village. 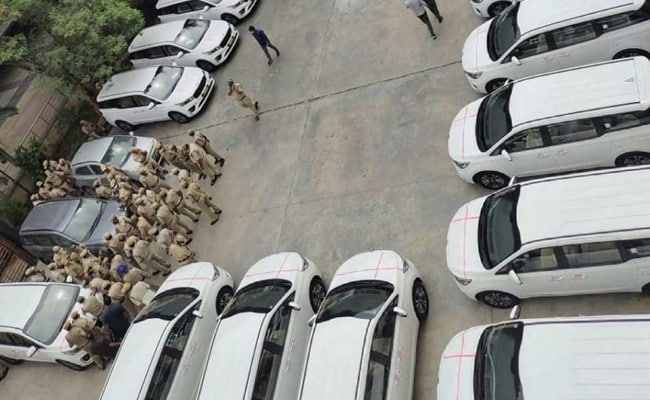