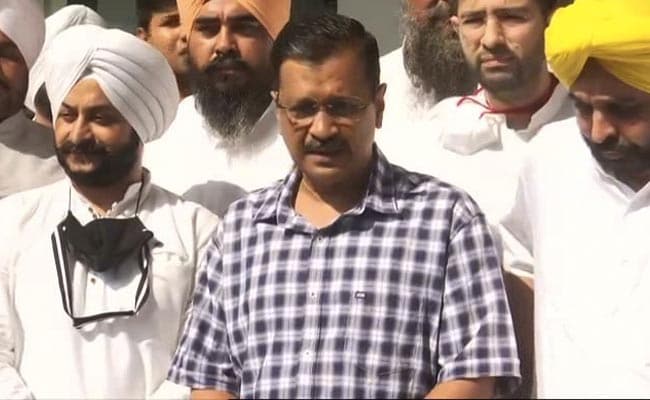 Arvind Kejriwal will hold a press conference at 11 am today.

To create a political arena in the crisis with the Congress leadership in the already politically heated state of Punjab, AAP chief Arvind Kejriwal went on his 2-day visit to Ludhiana on Wednesday.

Arriving at Chandigarh airport, he spoke to the media where he said, “What is happening in Punjab is very unfortunate. It has been reduced.”The joke“People do not know where to go. The Punjab Chief Minister should fulfill the promise made by Captain Amarinder Singh and take action against the tarnished ministers, MLAs and officers. The mastermind behind the humiliation of 2015 should be prosecuted. Only AAP can. A stable government in Punjab. Create. “

Arriving in Ludhiana, the Chief Minister was scheduled to meet businessmen and industrialists at the Park Plaza Hotel. About 250 people attended the event amid tight security.

At the meeting, the AAP supremo addressed the industry organization, commenting, “I’m not here to ask for your support to help my team, in fact, I’m here with a proposal that you be my partner. You decide, you run the government. We want you to implement them.” I will help. “

“The country’s business community has to go through a lot of trouble and comply.”Gunda RajMr Kejriwal said, “What does a businessman want? He wants peace. He wants law and order. Punjab is a border state. This state deserves peace and law and order. “

He made a significant point while promising, “Up promises peace, law and order in Punjab. AAP Inspector Raj will stop hooligan tax,” he said. Bully System, “reflected in the issue of national security.

Today, the second day of his visit, he will speak at a press conference at 11 a.m., which the party calls the expected ‘big announcement’. Will it announce the face of a chief minister? Will it be someone new to the team? No one knows without giving birth to a question – in a Punjab leadership crisis that only seems to be growing, the main opposition party – will the AAP be in cash? From the benefits of AAP? Only time will tell.