Punjab government has requested farmers who are staging an indefinite rail blockade in opposition to the Centre’s new agriculture laws, to spare goods trains since the state’s thermal power plants are now left with only two days of coal supply. 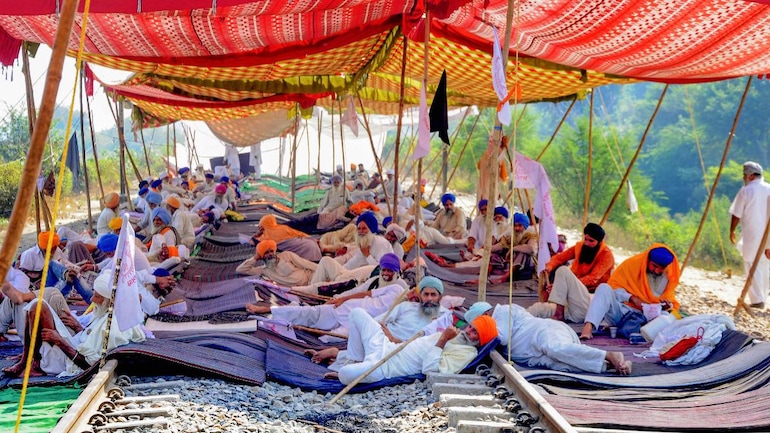 Punjab could be facing severe power outages in the coming week. If it happens, this will be the result of the massive ‘rail roko’ movement launched by farmers in opposition to the Centre’s new agriculture laws.

No trains have been able to enter Punjab owing to the indefinite rail blockade organised by farmer unions across the state. The blockade has also affected goods trains that supply coal for Punjab’s thermal power plants.

With no goods train being allowed to enter the state, the coal supply in Punjab’s thermal power plants now stands at a critical stage.

Finance minister of state, Manpreet Singh Badal has appealed to farmer outfits to allow goods train which supply coal to the state’s thermal power plants. “If (goods) train services do not resume, I fear there can be power cuts and maybe total power shutdown in the state,” Manpreet Singh Badal was quoted as saying by news agency PTI.

A number of areas that are powered by these thermal power plants are already facing power cuts owing to reduced generation of electricity. To meet its demand of 7,000 MW, Punjab is procuring 6,500 MW of power from other sources, including private plants.

Unified under the banner of Kisan Mazdoor Sangharsh Committee, farmers across Punjab launched a statewide ‘Rail Roko’ agitation for an indefinite period. This was in response to the central government’s three new agriculture-related laws.

Punjab Chief Minister Amarinder Singh had appealed to farmers to ease their ‘rail roko’ agitation in light of these concerns. However, farmers decided not to pay heed to Singh’s suggestion during a meeting held on October 7.

(With inputs from PTI)

Kedarnath: Chinook helicopter takes off with debris of IAF chopper that crashed in 2018...