Skip to content
CHANDIGARH: To make Punjabi a compulsory subject for all students in classes I to X across the state, the Punjab Cabinet on Sunday approved an amendment to the Punjab Learning of Punjabi and Other Languages ​​Act, 2008.

The cabinet also approved the introduction of the bill in the current session of the Punjab Legislative Assembly. According to a spokesperson in the chief minister’s office, any school that violates the provisions of the law or rules made for one month under it for the first time has to pay a fine of Rs 50,000. Provided, however, that if such a school violates the provisions of this Act or the rules made under it for the second time for one month, it shall be liable to a fine of Rs. 1 lakh.

There are further stipulations that if such a school violates the provisions of this Act or the rules made under it for the third time and then for one month, it will be liable to a fine of Rs 2 lakh.

Subsection (1A) has been inserted under Section 8 of the Act, where the State Government deems it necessary or expedient to do so, because in writing, it may increase or decrease appropriately, the Punjab Chief Minister’s Office said in a statement in the Official Gazette. As referred to in sub-section 1 of section 8 of this Act.

Significantly, the Punjab Learning of Punjabi and Other Languages ​​Act, 2008 was enacted by the State Government with the aim of making Punjabi a compulsory subject for all students studying in classes I to X and for learning other languages. Matters related to or incidental to it. Sub-section 1 of section 8 of the said Act relates to the imposition of fines on schools violating the provisions of the said Act.

Further, in section (e) of section 2 of the said Act, the term ‘school’ is defined as ‘school’ any primary school, secondary school, high school and senior secondary school which is established and maintained by the State Government. A local body or panchayat, society or trust or other such school which may be informed by the State Government from time to time.

It may also be mentioned that as per the above definition, the State Government has already notified Central Schools, Navodaya Schools and all schools approved by the Central Board of Education and Indian Council of Secondary Education through notification dated March 22, 2010. The school must be for the purpose of the law mentioned in the State of Punjab.

Over time, it is felt that the aforesaid fines are downward. Therefore, for the purposes for which the State Government enacted the law in question and for more effective application of that Act, it has become necessary to extend the penalties referred to in sub-section 1 of section 8. Of law

The Cabinet also approved an amendment to the Official Languages ​​Act, 1967, including section 8 (3) under section 8 (d) of the Punjab State Language (Amendment) Act, 2008, which provides for punishment as well as punishment against officers. Or officials who do not conduct official business in Punjabi language, the Punjab Chief Minister’s Office said in a statement.

Accordingly, provisions have been made against the officer or officers for violating the provisions of various notifications made under the Punjab State Language Act, 1967 and the Amendment Act, 2008 and under.

According to this provision, on the recommendation of the appropriate authority i.e. Director, Department of Languages, Punjab, a fine of Rs.500 may be imposed on a first time offending officer or officer. A fine of up to Rs 2,000 for the second offense and up to Rs 5,000 for the third offense. 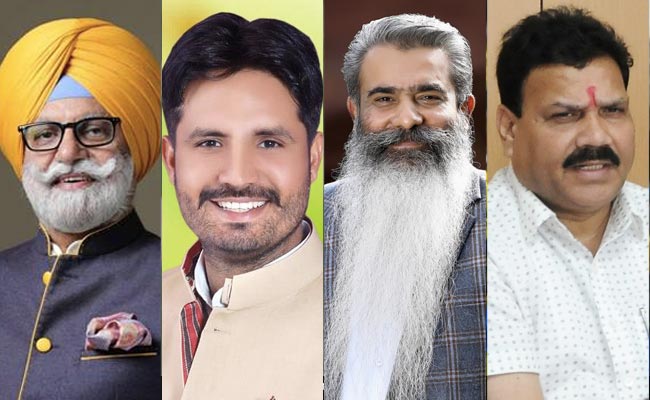