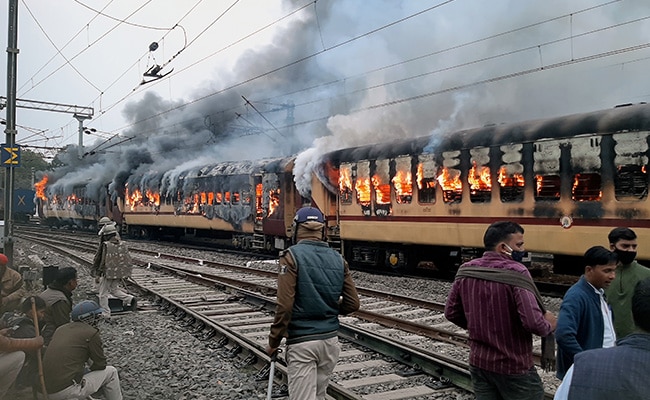 New Delhi:
During the three-day student movement against the change in railway recruitment rules, railway property worth crores of rupees was damaged in Bihar and 12 government employees were injured, sources said.