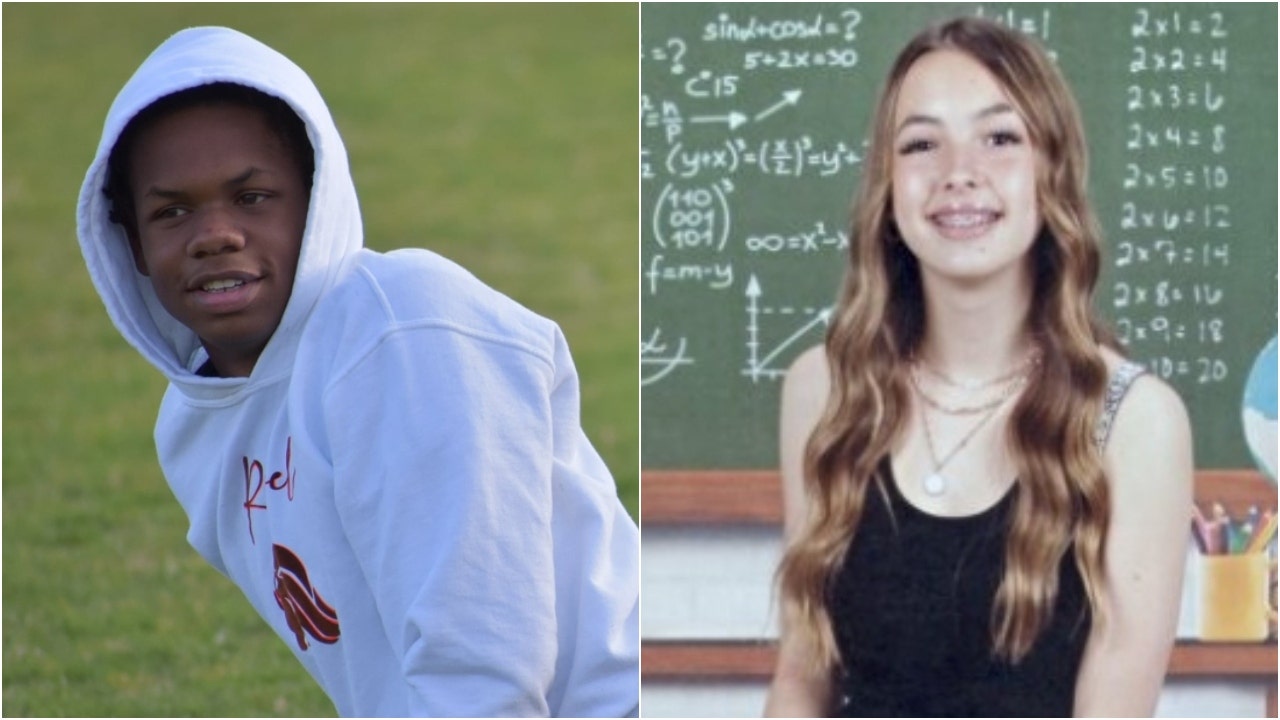 The families of North Carolina teenagers Devin Clark and Lyric Woods — friends who died in a mysterious double-homicide on Sept. 17 — will say their final goodbyes Saturday.

According to an obituary on the McClure Funeral Services website, Woods’ family will hold a memorial service for the 14-year-old girl on Saturday at Crosslink Community Church in Mebane. Clark’s mother said in a Facebook Live video that she plans to host a memorial “ride along” for her 18-year-old son on Saturday as well.

“Lyric loved life and loved volleyball. He was an angel,” Woods’ obituary read. “Lyric was the funniest kid you could ever meet, he loved cracking jokes and being with his friends. He loved his eyelash curlers and most of all he loved his Nike Air Jordans. Lyric was a beautiful soul inside and out. He Loved more than anyone will ever know. She never met a stranger and was loved by all.”

The obituary added that the 14-year-old’s “smile and glow would light up any room.”

Lyric Woods ‘love life and volleyball’, according to her obituary.
(McClure Funeral Services)

Clark’s family held a candlelight vigil for the 18-year-old on Thursday. He was a talented football player at East Alamance High School. Friends called him “Deuce 2x,” referring to the number four — his jersey number. His aunt, Adriana Boe, remembered him in a Facebook post as beloved and “a very smart young man.”

Mother of North Carolina teen shot in double murder speaks out: Suspect ‘had a lot of anger’

“Devin loved to laugh. … [E]Few knew who Devin was,” she wrote. “A young man with a bright future who was taken from us too soon.

Orange County authorities are still searching for a 17-year-old suspect who is being charged in the deaths of Clark, 18, and Woods, 14, who were found shot to death Saturday afternoon off Buckhorn Road in a rural area of ​​Mebane. Their family saw them last on Friday.

The Orange County Sheriff’s Office announced Tuesday it has filed a petition to charge the juvenile suspect with two counts of first-degree murder in Clark and Woods. Death by shooting.

“The suspect has been charged with two counts of first-degree murder. While that obviously speaks for itself, this was not a random act,” Sheriff’s Office Public Information Officer Alicia Stemper told Fox News Digital when asked about the public.

The suspect was not in custody as of Thursday, according to the agency, which pointed to a Tuesday statement from Sheriff Charles Blackwood.

“Through the hard work of my investigators, along with the assistance of personnel from many other law enforcement agencies, we have identified a suspect in this case,” Blackwood said at the time. “We will now work with local, state and federal authorities to arrest and bring the suspect to justice.”

The North Carolina State Bureau of Investigation (SBI) and the FBI directed the sheriff’s office to Fox News when asked about their possible involvement in the investigation.

It is not clear what the pair were doing together when they disappeared on Friday or how they were shot and killed on Saturday afternoon.

Audrey Conklin is a digital reporter for Fox Business and Fox News. Email tips to audrey.conklin@fox.com or @audpants on Twitter.