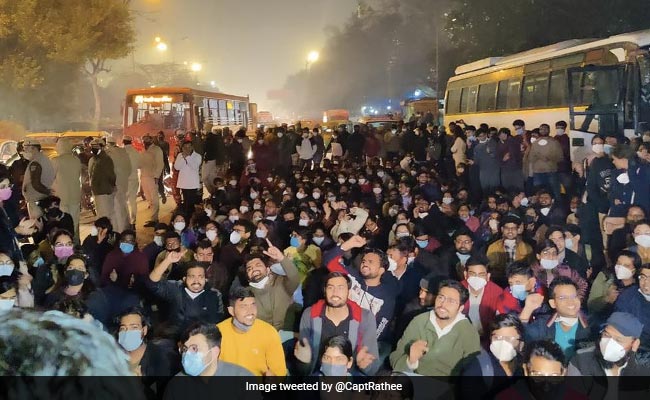 Hundreds of resident doctors conducted a massive surveillance in Delhi on Monday.

Hundreds of resident doctors in Delhi on Monday threatened to shut down medical services altogether, alleging brutal police crackdowns in their protest against delays in college allocations after the NEET postgraduate exams.

The Federation of Resident Doctors Association (Forda), which has been leading the protest for a month now, said 4,000 of its members were “detained” at the Sarojini Nagar police station as they marched on the health ministry office.

Calling it a “black day” for the medical community, many female doctors complained that they were harassed during their day walk which turned into a fierce confrontation with police and a surveillance on a cold December night. 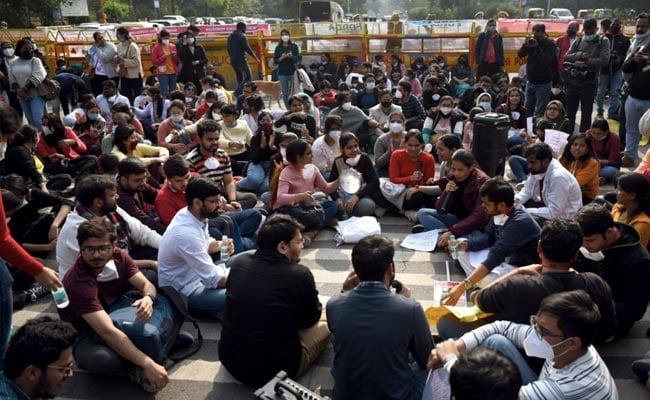 Complaining that they are being overworked and “working at 66 percent of the power”, they have been demanding the urgent recruitment of new doctors, which has been stalled for more than a year as the Supreme Court hears a case regarding preservation in medical admissions. .

FORDA President Manish Nigam said on Monday that a large number of resident doctors at large hospitals had “returned their aprons (lab coats) in a symbolic gesture of denial of service”. 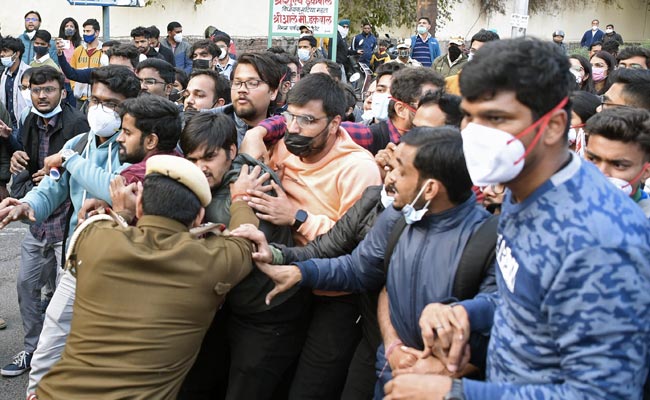 “We also tried to march from the campus of Maulana Azad Medical College (MAMC) to the Supreme Court, but as soon as we started it, the security personnel did not allow us to proceed,” he added, adding some junior doctors. Those who applied force were injured in clashes with police.

However, the police denied the allegations of excessive force or abuse and said only 12 protesters were detained and were released later. 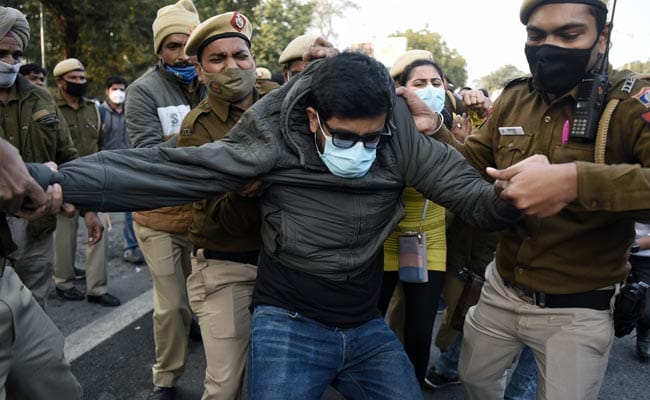 They said that for more than six to eight hours, the protesters had blocked a section of Delhi’s arterial ITO road. Despite repeated requests to evacuate, they continued to jam the road. Later, the protesters blocked both the roads of ITO Marg, police said.

“We have talked to the members of the association and tried to resolve the issue, but they are still blocking the road,” a police official said. 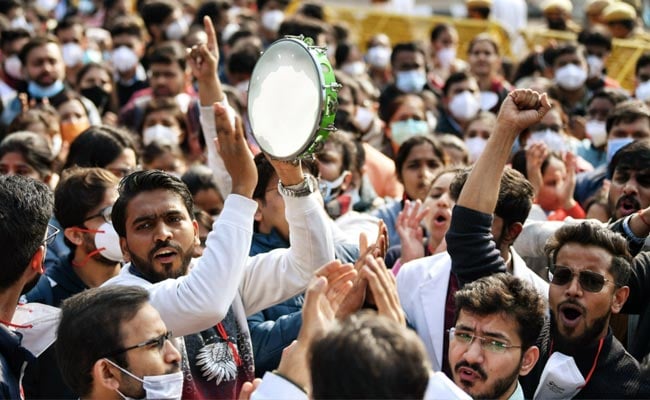 Police said that while removing protesters from the road, they tried to tear the police staff uniform. He even broke the glass of the police car and abused the police.

On Saturday, the Resident Doctors’ Association said its members would be forced to “publicly resign” from the service if their demands were not met soon. A large number of them have set fire to ‘dias’ to record their protests and hit the pots – mocking Prime Minister Narendra Modi’s gestures at the height of the coronavirus epidemic in honor of frontline and healthcare workers.