Marjaavaan Trailer 2019 Released Today Watch Here: Welcome here get the trailer of the upcoming movie Marjaavaan the movie will be released on 8 November 2019. The trailer has been released by Tseries watch the trailer now at below.

The trailer of Sidharth Malhotra, Riteish Deshmukh and Tara Sutaria’s people are waiting, Marjaavaan just dropped, and it probably isn’t what you were expecting. It is much more.

The 3-minute-15-second trailer begins with Sidharth tied to two water tankers on either side with the help of iron chains. With sheer physical strength, he is seen tearing the chains apart dislodging the water hose that sets water sprinkling all around. This spectacular visual, recorded in slow motion, marks Sidharth Malhotra’s entry and establishes him as a ruthless goon.

The very next scene shows Tara Sutaria, Sidharth’s love interest in the film, and one can sense their love story blossom from the moment their eyes meet at a local market. Tara’s character, interestingly, is mute, and will instantly remind you of Shraddha Kapoor’s character in Ek Villain, the last time we saw Sidharth and Riteish share screen space.

But if this doesn’t ring a bell, perhaps Riteish’s entry scene will. Riteish makes an entry, with his entourage behind him, humming the familiar tune of Teri Galliyan, a song from Ek Villain that became a chartbuster. Riteish plays the role of a vertically challenged man in the film, out to kill Tara, and anyone one else who might come in the way.

From the look of it, Marjaavaan seems to have a communal love story at its heart – a Hindu boy Sidharth falling in love with a Muslim girl Tara – and that seems to be the root of all the violence. Sidharth’s opening line, “Mandir aur Masjid dono milenge. Guzrega iss desh ki jis gali se, madat milegi har kisi ko. Mango ya Ali se ya Bajrangbali se,” sets the premise for the same. 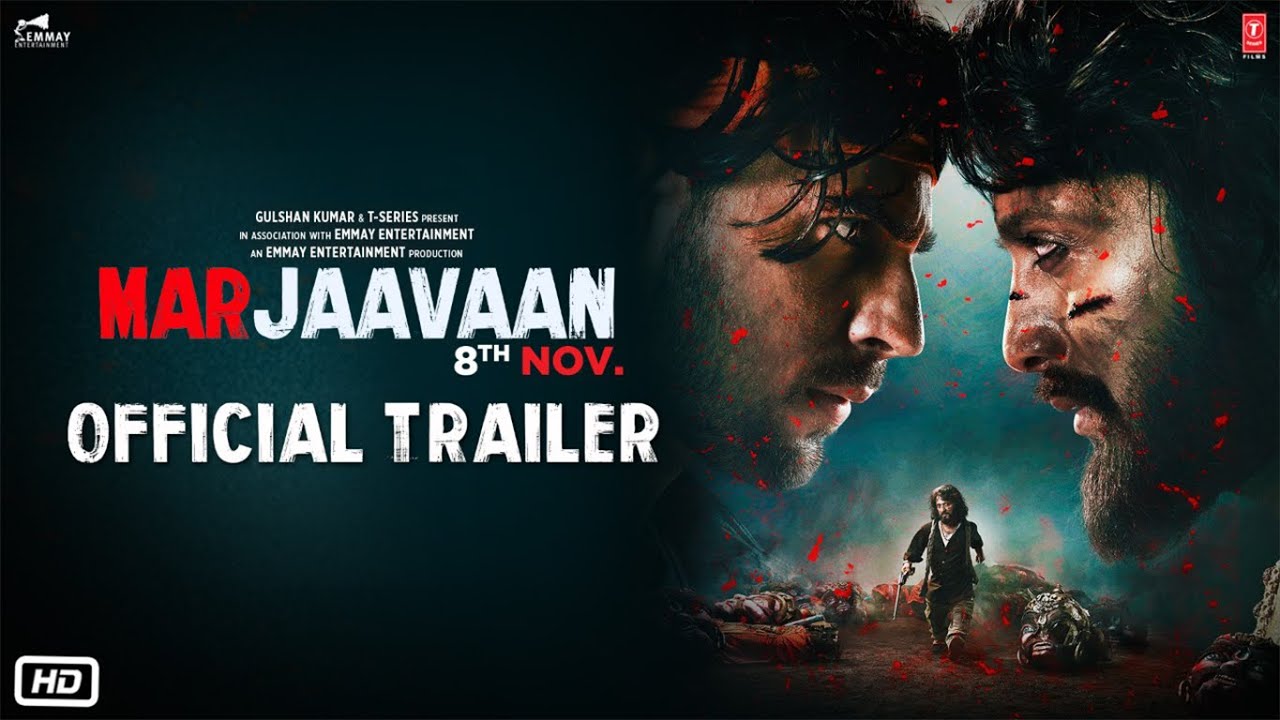 Talking about the dialogues in the film, despite a dark and violent plotline, the rhyming dialogues mouthed by Sidharth almost gives it a comical tinge, taking away from the seriousness. Riteish, though is projected as pure evil, seems to not be able to hold it together due to lack of convincing dialogues.

The music of Marjaavaan is barely noticeable, except for the nostalgia value added by Teri Galliyan.

What the Marjaavaan trailer does deliver on, however, is hardcore action. Sidharth is seen crushing skulls, breaking bones and smashing bad guys to the floor with ease. Picturised almost in a Prabhudheva meets Rohit Shetty style, Milap Zaveri’s Marjaavaan is most definitely Sidharth’s best action film so far. It will surely be interesting to watch a befitting face-off between Sidharth and Riteish.

Apart from Sidharth Malhotra, Riteish Deshmukh and Tara Sutaria, the film also stars Rakul Preet Singh, who is seen in just one scene in the trailer. We hope the De De Pyaar De actress has more to offer in the film.