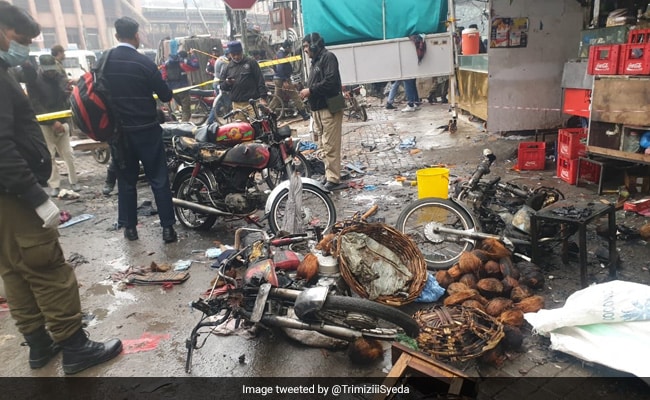 So far no group has claimed responsibility for the blast.

A powerful blast at Pan Mandi in Lahore’s famous Anarkali market on Thursday killed at least three people and injured 20 others, where Indian goods were being sold, police said.

Lahore police spokesman Rana Arif confirmed the deaths of three people in the blast, which shattered windows in nearby shops and buildings, Dawn reported.

So far no group has claimed responsibility for the blast.

“We are trying to determine the nature of the blast. More than 20 people were injured and taken to hospital,” Dr Mohammad Abid, deputy inspector general of police operations, told reporters at the site of the blast near the historic Wall City in Lahore.

Abid did not rule out the possibility of riding or marketing a motorcycle.

“The hole in the blast site indicates the possibility of a time device. However, at this stage we cannot confirm it,” he said.

He said officers from the Counter Terrorism Department and the Bomb Disposal Squad had arrived at the scene and were examining the nature of the blast.

According to Rescue 1122, the injured were transferred to Mayo Hospital where two died of their injuries.

Mayo Hospital medical superintendent Dr Iftikhar said two people, including an injured boy, had died. He said the condition of the four injured was critical.

Police have cordoned off the area. The entire Anarkali market was closed after the blast.