IPL 2020, RCB vs KKR: AB de Villiers hit two massive sixes in the 16th over bowled by Kamlesh Nagarkoti. While one managed to hit a car, the other was lost in the stands. 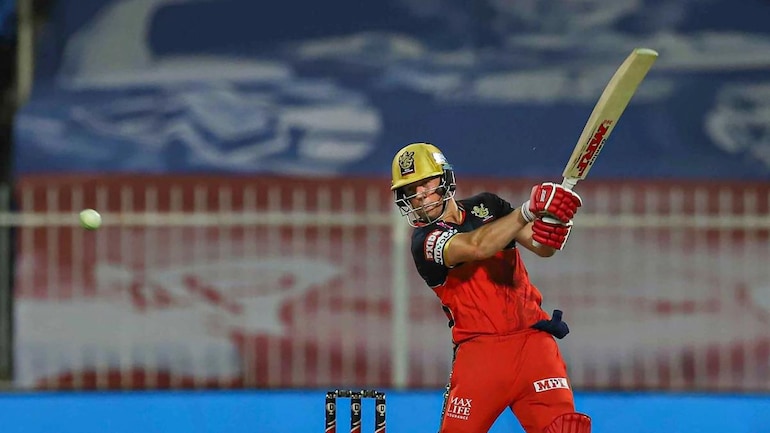 AB de Villiers put on a genius batting masterclass in Sharjah to help Royal Challengers Bangalore register an 82-run win in a lopsided game against Kolkata Knight Riders on Monday.

RCB were 94/2 in 12.2 overs when AB de Villiers walked in, and within a couple of minutes, he started treating KKR bowlers with disdain. De Villiers hit 6 sixes and 5 boundaries as he smashed 73 from just 33 balls. Thanks to de Villiers’s fireworks, RCB managed 194 in 20 overs, 83 from the last 30 balls on a sluggish wicket.

During the innings, AB de Villiers dispatched Kamlesh Nagarkoti for a huge six over midwicket which sailed outside the Sharjah stadium. One of the sixes, however, landed on the busy Sharjah roads and hit a moving car which then deflected and hit another car.

It seems, tomorrow there will be a queue in #Sharjah for special car insurance with ‘hitting with cricket ball’ clause!!#ABDevilliers you beauty….!! #PlayBold@RCBTweets @ABdeVilliers17 #Dream11IPL pic.twitter.com/20QH1qzZL1

Speaking about his knock and the duck against Chennai Super Kings that gave him ‘sleepless nights’, de Villiers said: “Got a duck in the last game, a terrible feeling. Getting a duck can give batsmen sleepless nights Very happy that I contributed. Surprised myself out there tonight. Knew the wicket was quite tough to bat on. But I thought 145-150 wasn’t enough. So I looked to go further, and was surprised to get 194.”

The Royal Challengers Bangalore have been in great form in IPL 2020, with five wins and two losses in seven matches. They are currently in the third position on the points table with 10 points.

Kavita Kaushik to be on Bigg Boss 14

Centre has no clue on how to bridge GST compensation, trust deficit: P Chidambaram