Skip to content
Kurukshetra: Haryana Chief Minister (CM) Manohar Lal Khattar on Wednesday said that the International Gita Festival (IGM) for 2021 will be inaugurated in Kurukshetra from December 2 to 19 with ceremonies and traditions and the main events of the event will be held from December 9 to 14.

CM Manohar said that during the IGM celebrations, COVID-19 protocols would be strictly followed and thermal screening and vaccination would be provided as required at various entrances to the venue.

“In 2014, when Prime Minister Narendra Modi visited Kurukshetra, he promised to identify Kurukshetra as the Gita Sthali (birthplace of the Bhagavad Gita) and the government started celebrating the Gita festival internationally from 2016,” said CM Khattar.

Counting the development works in Kurukshetra, CM Manohar said, “A huge statue of Lord Krishna is being erected at Jyotisar at a cost of about Rs 13.63 crore. , And in the first phase, we have received a budget of around Rs. 97 crore, which is being spent on various development works of temples. The railway station of Kurukshetra is also being renovated. Special attention is being paid to the cleanliness of Kurukshetra under ‘Divya Kurukshetra Yojana’. ”

CM Manohar further announced that 30 more places of worship related to 48 Kos Tirthas (shrines) are being added to the list of Kurukshetra Development Board (KDB) and their number will be increased from 134 temples to 164.

He also announced plans to develop ‘entrance gates’ at all entrances to Kurukshetra like Colonel. 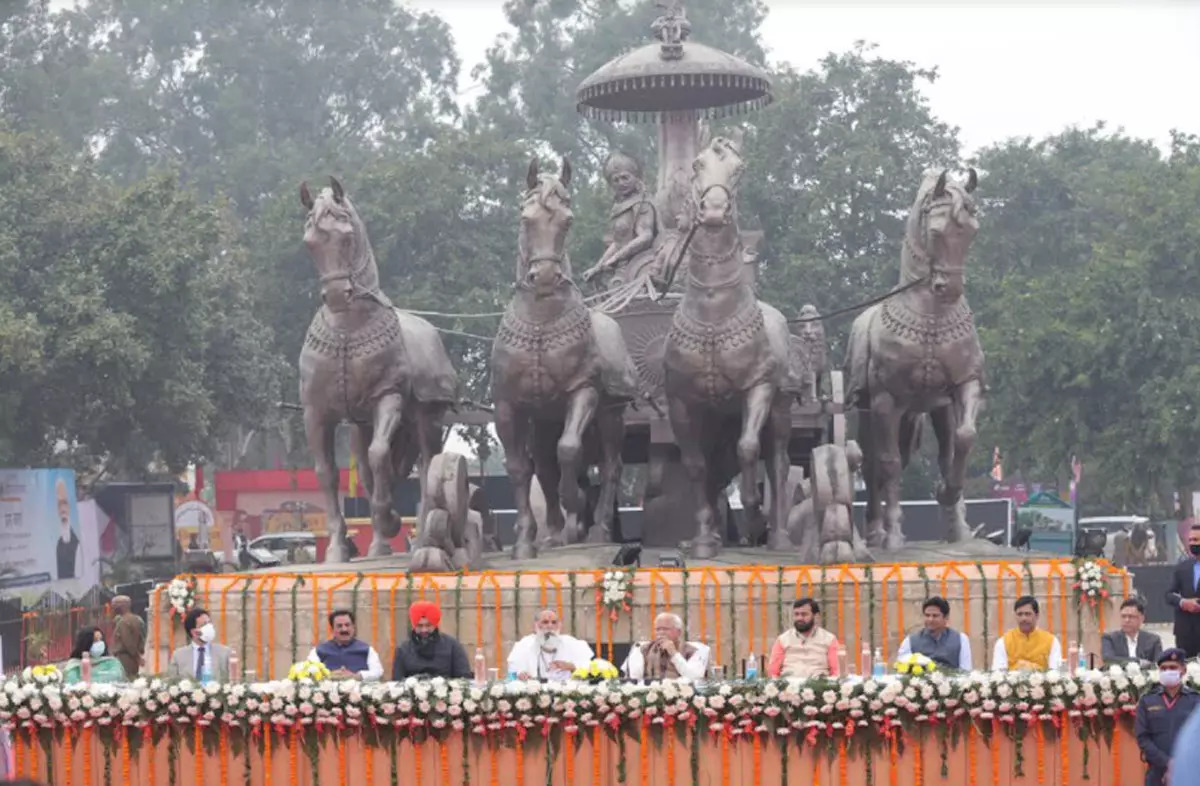 The Haryana Chief Minister has expressed his commitment to cultural development and said that Kurukshetra is being promoted from a religious point of view.

CM Manohar announced that an IGM committee would be formed and registered soon, which would look after all its issues from the future and ensure the participation of various organizations at home and abroad for its success. He said the government, administration and KDB would co-operate with the IGM committee.

He said that 3,600 artists from home and abroad will take part in the event, 21 sculptures will be made here and 75 well-known artists will paint here for three days.

He said that as the central government was celebrating ‘Azadi Ka Amrit Mahotsav’, it would also be marked during the IGM.

He said a three-day seminar would be held at Kurukshetra University, a total of 75 freedom fighter families would be honored and Gita Sangsad (Gita Sangsad) would be organized at state universities on December 13.

CM Manohar said it was also expected that Prime Minister Narendra Modi would attend the one-day function during the IGM through online mode.