SINGAPORE :
Most of the international students, including those from India, studying in different universities in Singapore have returned to attend the new semester amid the COVID-19 pandemic as the country on Thursday reported the lowest number of 18 new infections in six months.

Some of the students have chosen to continue the online classes from overseas, whole most of the international students at Singapore’s autonomous universities are back here for classes, Channel News Asia (CNA) reported on Thursday.

For the new semester, that started from September 14, universities have opted for a mix of online and offline classes depending on the field of study, with large-scale lectures still held online.

“We will continue to support the remaining international students with the submission of their applications to the relevant agencies to obtain the necessary approvals,” an NUS spokesperson told the Channel.

The majority of SUTD’s students arrived in Singapore to serve their 14-day stay-home notice before the semester began, said the university’s spokesperson.

Mihika Agarwal, 19, who is first-year student at Nanyang Technological University (NTU), came to Singapore on September 11 and is currently serving her 14-day stay-home (SHN) notice period.

“Because I’m a freshman student entering college right away, college is more about the entire college experience rather than just the academics,” Agarwal, who is from Kolkata, explained why she did not opted for online classes.

Shreya Sanganeria, who is a second year NUS student, decided to continue her studies from India after her faculty’s classes completely went online for the semester.

She returned home in May by an evacuation flight.

Currently, all of the lectures are recorded to allow students to watch them in their own time, Sanganeria, an economics major, said, adding students are also given a choice of tutorial slots to ensure that those logging in from overseas can account for the time difference.

“When it’s virtual, it’s a lot more restricted because people don’t generally open up virtually and everyone just does their own thing. And then we just end the class, so there’s not much interaction with students from my module who I do not already know,” she said.

Meanwhile, Singapore on Thursday reported the lowest number of 18 new COVID-19 infections in six months, taking the total number of cases in the country to 57,532.

This is the lowest number of cases since March 16 when 17 new infections were reported, according to the CNA report.

The one community case reported on Thursday is a foreigner on a work pass, said the Ministry of Health, adding that there were two imported cases who have been placed on SHN on their arrival here.

The two imported cases, announced on Wednesday, had arrived here from India on September 3 and 12.

Both patients were placed on SHN upon arrival and were tested while serving their notices at dedicated facilities.

With 71 patients discharged on Wednesday, a total of 56,955 patients have fully recovered from the disease.

A total of 42 patients remained in hospital on Wednesday, while 490 were recuperating in community facilities.

* Thank you for subscribing to our newsletter. 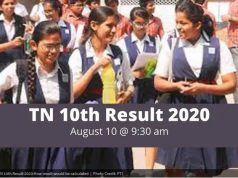 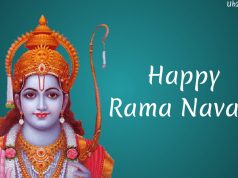 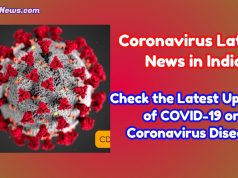 Great thing about MS Dhoni is his belief in players: Brett Lee after Shane...

People Are Buying the New ‘Sabrina’ Chromecast Device Ahead of Launch in US: Report

Coronavirus: No religion asks for flamboyant celebration of festivals, stay away from crowds, says...