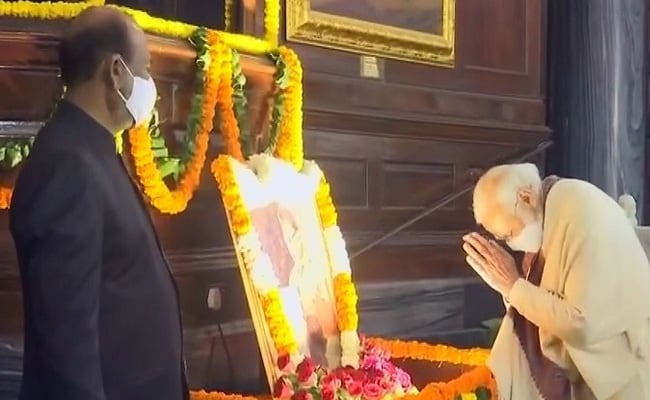 The hologram figure will be powered by a 30,000 lumen 4K projector.

First, India will start celebrating Republic Day from January 23 instead of January 24 to include the birth anniversary of the late freedom fighter Netaji Subhash Chandra Bose.

To kick off the Republic Day celebrations, Prime Minister Narendra Modi will unveil a hologram statue of the freedom fighter at the India Gate in Delhi at 6 pm on Sunday to mark Netaji’s 125th birth anniversary.

Dhendas greetings to all the countrymen on the day of might.

My respectful tribute to Netaji Subhash Chandra Bose on his 125th birth anniversary.

I pay my respects to Netaji Subhash Chandra Bose on his birthday. Every Indian is proud of his outstanding contribution to our nation. pic.twitter.com/Ska0u301Nv

The Prime Minister said a hologram statue would be erected at the same place till the completion of the ‘big statue’ of Netaji made of granite.

The hologram figure will be powered by a 30,000 lumen 4K projector. An invisible, high-gain, 90 percent transparent holographic screen is designed so that it is not visible to the viewer. It will project Netaji’s 3D image to create the effect of a hologram. A statement from the Prime Minister’s Office said the hologram statue was 28 feet high and 8 feet wide.

During the ceremony, Prime Minister Subhash Chandra Bose will present the Apada Essay Award for the years 2019, 2020, 2021 and 2022 at the Institutional Ceremony. A total of seven awards will be presented at the event.

The Central Government has launched the annual Subhash Chandra Bose Disaster Essay Award in recognition of the invaluable contribution of individuals and organizations in the field of disaster management and selfless service in India. The award is announced on January 23 each year. The award consists of Rs 51 lakh in cash and a certificate for an organization and Rs 5 lakh and a certificate for an individual.

The government announced last year that Subhash Chandra Bose’s birth anniversary would be celebrated every year as ‘Parakrama Divas’. Born on 23 January 1897 in Cuttack, Orissa, to lawyer Janakinath Bose, Netaji played a pivotal role in the independence movement. He is also known for establishing the Azad Hind Fauj.

Republic Day is celebrated on 26th January every year. According to sources, the Republic Day celebrations will end on January 30, the day Mahatma Gandhi was assassinated.

Meanwhile, to pay homage to Subhash Chandra Bose, the Film Department will screen two documentaries on his life today, the Ministry of Information and Broadcasting said, adding that the indomitable spirit and selfless service to the nation.

The biopics will be streamed for 24 hours on the Film Division’s website and YouTube channel.
The documentaries are: The Flame Burns Bright (1973 / Ashish Mukherjee) and Netaji (1973 / Arun Chowdhury) which highlight the life of the great leader and his heroic and relentless struggle for India’s independence from British rule. The Netaji film uses Netaji’s actual speech, coordinated with his voice.