Home Health Firefighters wrest control over half of massive California wildfire – Times of...
LOS ANGELES: Firefighters on Thursday said they had contained about half of a massive blaze ravaging Los Angeles County for nearly a month, as a fire season that has killed dozens across the US West took another hopeful turn.
The Bobcat Fire burning outside Los Angeles held steady overnight at about 113,000 acres burned, John Clearwater, spokesman for Angeles National Forest, said in a written statement.
The wildfire, which broke out September 6, is one of the largest in recorded Los Angeles County history. About 1,600 personnel are currently deployed to fight it, Clearwater said.
The blaze was only 17% contained on Tuesday, and crews had nearly tripled their control of it by Thursday morning. At its peak, the flames were poised to destroy the Mount Wilson observatory, a stargazing site originally built in the San Gabriel Mountains outside Los Angeles in 1904.
The 2020 fire season in California, Oregon, and Washington has been especially brutal, though the end of September has seen the blazes ease somewhat.
The fires have killed 26 people in California since August 15 and 10 have died in other Western states.
Already 2020 is the worst fire season in California history, with five of the state’s largest recorded wildfires burning in just one year.
That record was previously broken in 2018, and scientists say fire seasons across the US West will likely continue to intensify due to factors including land development, forest management and climate change.
Roughly 3.6 million acres have burned in California since the beginning of the year, according to the California department of forestry and fire protection, or Cal Fire. Another 2 million acres have burned in Washington and Oregon.
The forest service warned that it expects more hot, dry weather to arrive in Los Angeles over the weekend, potentially dealing a setback to progress bringing the Bobcat Fire under control. 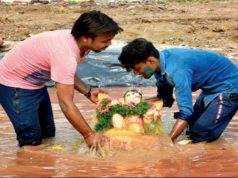 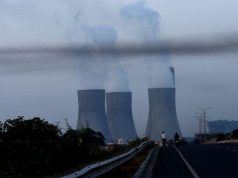 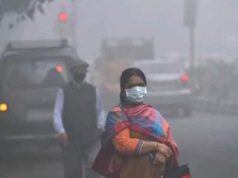 Names of Modi, Shah, Rahul, Nitish and Uddhav Given as Star Campaigners for Bihar...