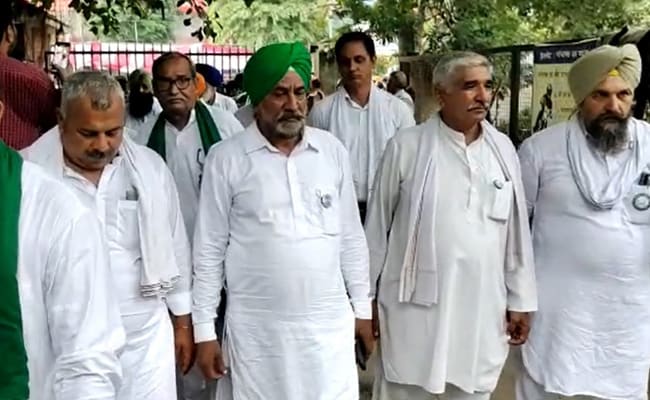 Farmers leaders met Haryana government officials today, the third time in four days, that at least 10 people were injured in a baton charge on August 28. The protesters were marching towards Karnal where senior BJP leaders had scheduled a meeting.

The use of force against the protesting farmers, in particular, caused a stir among top non-BJP leaders, including Punjab Chief Minister Amarinder Singh.

For the past few days, farmers have been pitching tents outside government offices in Karnal as several rounds of talks have failed.

Peasant leaders demanded the temporary dismissal of Ayush Sinha, saying “the Haryana government is protecting and promoting the assassinating officer”. The IAS officer was caught on video telling police to “break the heads of farmers”.

He was transferred, but the government refused to suspend him.

Farmers ‘groups such as the Indian Farmers’ Union and the Sammilita Kisan Morcha have been leading mass protests across the country over the past few months over three central agricultural laws.

Although the Center thinks these laws will be beneficial, farmers, especially people in Punjab, Haryana and Uttar Pradesh, have refused to accept them. After several rounds of talks, the stalemate lasted for several months.