Delhi Capitals opener Shikhar Dhawan, who played a match-winning unbeaten 101 off 58, said that scoring his first hundred in 13-year-long IPL career was special. 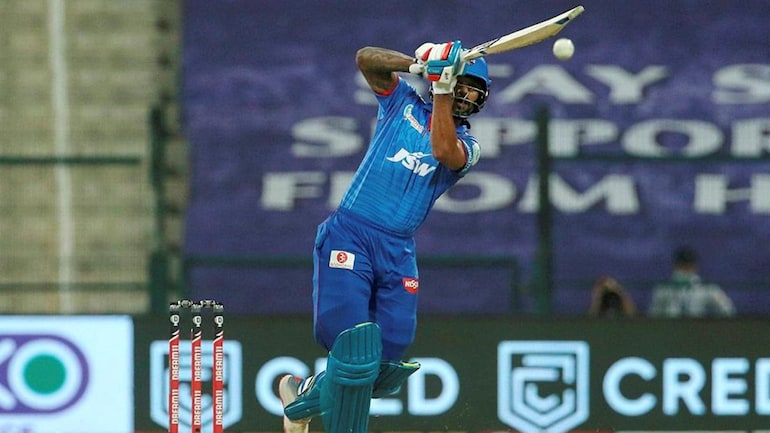 Delhi Capitals opener Shikhar Dhawan has called the feeling of scoring his maiden IPL hundred and winning the match against Chennai Super Kings (CSK) by 5-wickets “special”. The 34-year-old added that he has been playing in the IPL for 13 long years but has failed to score a hundred, therefore achieving the feat makes him “really happy”.

Shikhar Dhawan completed his 100 off 57 balls and ended his innings at an unbeaten 101 off 58 balls. His glittery innings consisted of 14 four and a six. Eralier, on Wednesday against Rajasthan Royals (RR) Dhawan had smashed 57 off 33 to become the Indian batsman with most number of IPL fifties (39).

“It is very special. Been playing for 13 years, and this is the first. So really happy. At the start of the season also I was hitting the ball well but I wasn’t converting those 20s into 50s. Once you do that, you take that confidence into the next game,” the southpaw said in the post-match conference.

Further, Shikhar Dhawan asserted that he plays with a positive mindset and is never afraid of getting out. The Delhi batsman also credited his improved fitness for the scinitaling knock in match 34 of IPL 2020.

“I keep my mindset quite positive. Just look to score runs, and not think pitch is doing this or that. I play with courage. I am not afraid to get out. Fitness is very important. We were lucky we got so much time off so it allowed me to refresh myself both mentally and physically. I am running faster, feeling fresher.”

Delhi Capitals chased down the 180-run target set by CSK with one ball remaining. With the win Delhi Capitals have reclaimed the top spot in the 8-team IPL 2020 points table.

Shah Rukh Khan got a new hairstyle during the coronavirus lockdown