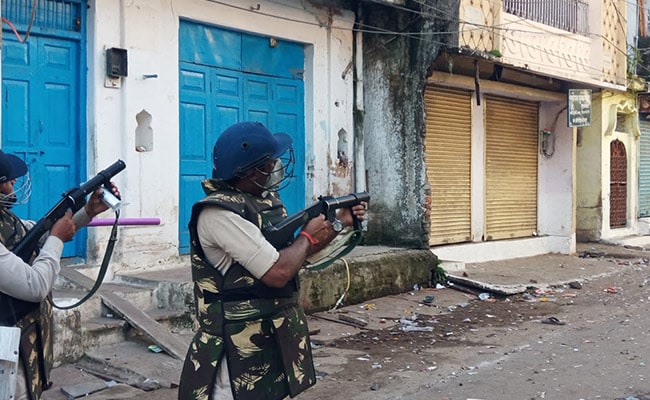 The situation in Jabbalpur is now normal, police said.

Five policemen were injured in the town of Jabbalpur in Madhya Pradesh. To disperse the crowd, the police had to use sticks and tear gas shells. The violence erupted hours after demonstrations and alleged baton charges during another procession marking Milad-un-Nabi, the birth anniversary of the Prophet Muhammad. The police, however, denied using force.

Violence erupted in Jabbalpur after the group stopped a group of men from singing loudly in a communally sensitive area, where a ban was imposed under Section 144 CrPc, police sources said.

“The situation is now normal and those who have been involved in violence are being identified for appropriate legal action,” he added.

In Dhar, the men participating in the procession clashed with the police and tried to lead the procession in a way for which they did not have permission.

This led to a quarrel with the police. According to eyewitnesses, the police then used sticks to disperse the crowd. The procession was then allowed to proceed in the prescribed manner.

Dhar Superintendent of Police Aditya Pratap Singh said, “There was no incident of lathi charge. A route was fixed for the Milad-un-Nabi procession, but some disturbed people got involved and insisted on taking the traditional route for the procession.”

“Such people were forcibly evicted and the procession was later evacuated peacefully … Those who caused the problem are being identified through video footage and appropriate legal action will be taken against them,” Mr Singh said.