GENEVA: China said at a World Trade Organization meeting that restrictions by the United States on Chinese mobile applications TikTok and WeChat are in violation of the body’s rules, a trade official said.

The Trump administration has ordered download blocks on the two mobile apps and ordered ByteDance, the Chinese owner of TikTok, to sell its operations to a U.S. company, citing national security concerns. However, U.S. judges have questioned the government’s case.


A representative for China said at the closed-door meeting on Friday that the measures “are clearly inconsistent with WTO rules, restrict cross-border trading services and violate the basic principles and objectives of the multilateral trading system,” a trade official familiar with the matter, who did not wish to be identified, said.

The official said the delegate described the U.S. failure to provide concrete evidence of the reasons for its measures a “clear abuse” of rules.

In the same meeting, the United States defended its actions, saying they are intended to mitigate national security risks, the trade official said. The government has previously said data from American users is being accessed by the Chinese government.

The office of the U.S. Trade Representative had no immediate comment. An official at the Chinese mission to the WTO did not immediately respond to a request for comment.

The Chinese statement will not have any consequences on its own although China could launch an official legal complaint about it to the Geneva body. 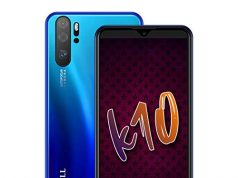