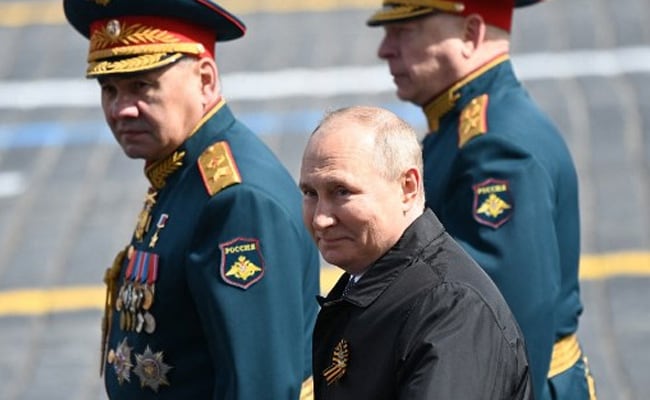 Mr Habeck said Germany was focusing on building up gas reserves to prepare for winter.

“It has to be said that the situation is coming to a head, in such a way that the use of energy as a weapon is now being realised in several areas,” Mr Habeck told a press conference.

Russia issued a government decree on Wednesday imposing sanctions on 31 EU, US and Singaporean energy firms in retaliation for Western penalties over the invasion of Ukraine.

Most of the companies belong to Gazprom Germania group of subsidiaries of Russian energy giant Gazprom.

The sanctions include a ban on transactions and the entry into Russian ports of vessels linked to the affected companies.

Meanwhile, operators on Thursday reported a drop in gas supplies from Russia via a key Ukrainian pipeline to Europe for a second day in a row.

Germany, which is hugely reliant on Russian energy, said Wednesday’s shortfall of 25 percent was covered by gas imports from Norway and the Netherlands.

Europe’s biggest economy is racing to wean itself off Russian energy and has already almost completely phased out Russian coal.

But ditching Russian oil and gas will be more difficult.

With fears growing that Russia could abruptly turn off the energy taps, Mr Habeck said Germany was focusing on building up gas reserves to prepare for winter.

“The gas storage facilities must be full by winter or else we will be in a situation where we can easily be blackmailed,” he warned.