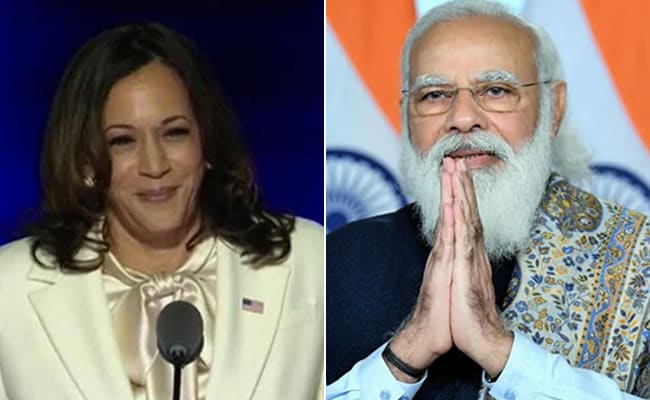 A White House official said U.S. Vice President Kamala Harris will meet with Prime Minister Narendra Modi at the White House on Thursday to “strengthen” the strategic partnership between the two countries as they plan to discuss a range of issues, including democracy, human rights and climate. Today.

“The meeting will be made up of their June telephone conversations that address COVID’s response. They plan to discuss democracy, human rights, climate and global health issues.”

A White House official, speaking on condition of anonymity, said the vice president would meet Indian Prime Minister Narendra Modi on Thursday to strengthen the strategic partnership between the United States and India.

According to the official, during her first address to the UN General Assembly today, US President Joe Biden, Mrs. Harris “plans to continue our work to rebuild our alliances and advance the Biden-Harris administration’s agenda to restore America’s global leadership.”

“Vice President Kovid-1 will chair a session of the multinational conference hosted by President Biden in response to the pandemic epidemic and hold four bilateral meetings with leaders around the world,” the official said.

At the end of the day, Mrs Harris is scheduled to meet with UK Prime Minister Boris Johnson to appreciate the long-standing friendship and shared values ​​between the United States and the United Kingdom.

He said he would also reaffirm the Biden administration’s goal of expanding cooperation with the UK to address a wide range of issues, including geopolitical threats, global health challenges and climate change.

This past spring, he called for a global health protection fund to address large gaps in funding for epidemic preparedness. The fund will allow the government, private sector donors, development banks and foundations to pool resources to support disease surveillance, biosecurity and biosecurity, staff training and immunization programs.

“In his speech on Wednesday, the vice president will announce the progress of the initiative,” the official said.

Mrs. Harris will meet with Zimbabwean President Hakinde Hichelma on Wednesday; And the president of Ghana on Thursday, with little Akufo-Ado.

The purpose of this meeting is to deepen the partnership in Africa and promote good governance, prosperity and security in our country. , Equitable economic growth, and expanded trade that benefits both the United States and Africa.

“The vice president’s schedule this week reflects his role as the president’s trusted partner and moves his work forward to advance the administration’s global agenda,” a White House official said.

Since taking office, he has met or spoken with more than thirty world leaders, promoting US interests ranging from global health to climate change to cyber threats.

Mrs. Harris addressed the world stage on the urgent need to strengthen our democracy so that the threat of time can be better addressed collectively. A White House official said last month he traveled to Singapore and Vietnam to highlight the American partnership and advance the country’s strategic and economic interests in the region.