Forest rangers buried the two wild elephants in Kamrup (metro) district of Assam after they were electrocuted to death upon coming in contact with a live wire on Saturday. 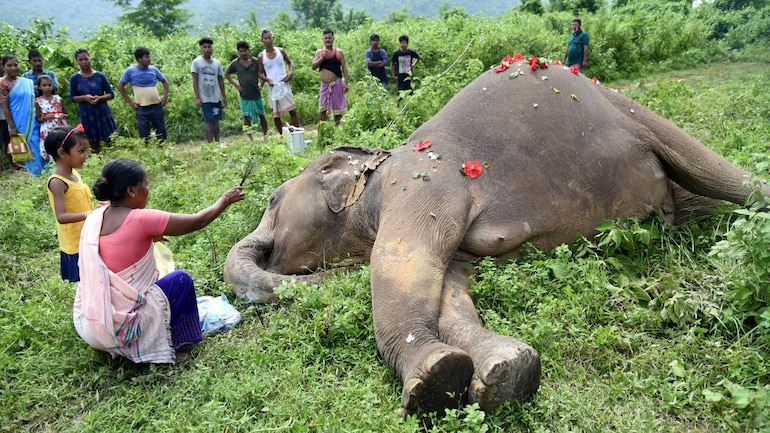 Villagers offering prayers at the carcass of one of the wild elephants electrocuted to death in Kamrup district on Saturday (Photo Credits: PTI)

The wild tuskers died after coming in contact with a live electrical wire at Rani Reserve Forest area, about 40 km from the state capital of Guwahati. Locals sprinkling lime and salt powder in the pit in which rangers buried the wild elephants in Kamrup district on Saturday (Photo Credits: PTI)

Rangers rushed to the spot and shifted the bodies of the wild elephants for postmortem.

A forest official said the wild elephants came to the area in search of food and collided with a live electrical wire.

According to the state forest department, more than 100 wild elephants have been electrocuted to death in the Assam since 2011.