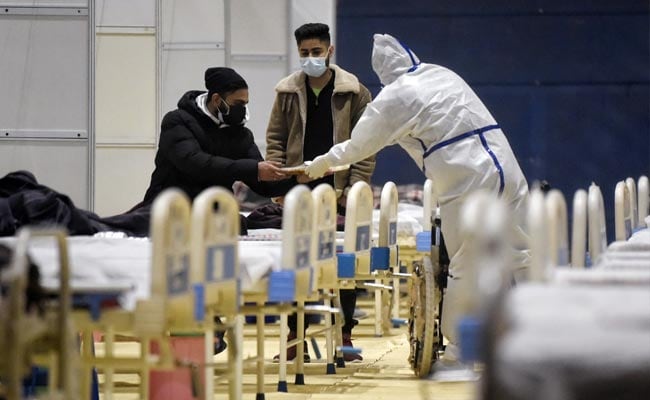 The national capital has recorded 53 Kovid deaths so far this month.

Delhi has recorded more Covid-19 deaths in the first 10 days of this month than the total deaths in the last five months. Most of those who died had congenital diseases and were not vaccinated against the virus, according to government data. So far this month, 53 people have died of viral diseases in the national capital, 46 in just five days.

A total of 17 cove deaths were recorded in Delhi on Sunday, the biggest one-day spike in seven months.

Of the 46 covid patients who died in Delhi between January 5 and January 9, 34 had cancer, and diseases such as heart and liver disease, according to official data. Only 11 out of 46 people were vaccinated against coronavirus.

In the last five days, more than half of the deaths have been in people over the age of 60, and two teenagers have died of the virus. Twenty-five were over 60, and 14 were between 41 and 60. Five fatalities have been recorded between the ages of 21-40, with one patient each aged 0-15 and 16-20 dying from the infection, the data showed.

According to an official, 32 patients were admitted to the ICU and most of them had comorbidities such as chronic obstructive pulmonary disease, cancer, liver and heart disease.

Twenty-one patients who had other problems tested positive for covid after hospitalization.

Of the 46 patients, 37 were hospitalized when their oxygen saturation levels dropped below 94 percent.

On Sunday, Delhi reported 17 deaths due to covid, the highest in a single day since June 13 last year.

The national capital is considering tougher restrictions to contain the alarming rise in the Covid case. Eating in restaurants could be banned under the new Covid regulation in Delhi, a source attending a Covid review meeting told NDTV. However, home delivery and takeaway will be allowed.

The city jumped 12 percent on new infections as 22,751 cases were added Sunday. The positivity rate stood at 23.53 percent.

According to government figures, the city’s Covid Dedicated Hospital has 1,800 patients. Of those, 182 were covid suspects and 1,618 confirmed positive patients, it said.