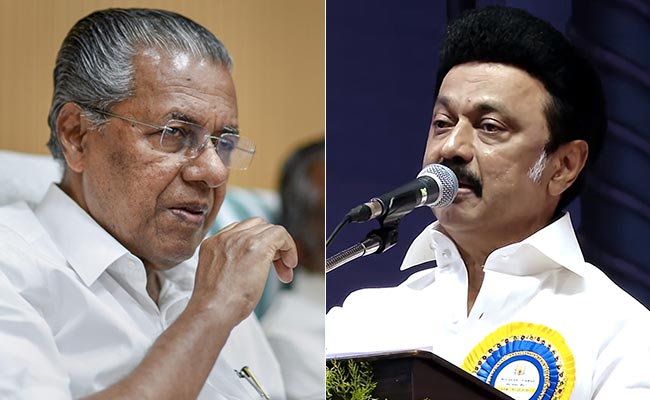 Pinarayi Bijayan (left) and MK Stalin wrote a letter to Prime Minister Modi about the rules of IAS cadre.

The amendments to the Centre’s proposed IAS cadre rules “hit the core” of the country’s federal politics and state autonomy, Mr Stalin said in a letter to Prime Minister Narendra Modi.

In a proposal that has met with strong opposition from many opposition-ruled states, the central government has given state governments the power to appoint and transfer IAS and Indian Police Service (IPS) officers.

In a letter referring to independence icon Sardar Vallabhbhai Patel, Prime Minister Modi frequently quoted Mr Stalin as saying that “the proposed amendments would cause irreparable damage to the existing co-operative federalism between the Union and the States and lead to centralization of power in the Union.”

If implemented, all-India service officers would have to spend their careers at any time for fear of punishment by the central government, he said, adding that it would “definitely frustrate and destabilize the steel structure of the bureaucracy in India”.

“I would also like to point out the fact that many state governments are also short of officers in certain seniorities, primarily due to the wrong cadre management policy pursued by the central government,” Mr Stalin said.

“The proposed amendments to the All India Services Deputation Rules will inevitably lead to a fearful and hesitant attitude among the All India Service Officers to implement the policies of a state government, which is formed by the ruling party and political opposition parties,” he said in his letter.