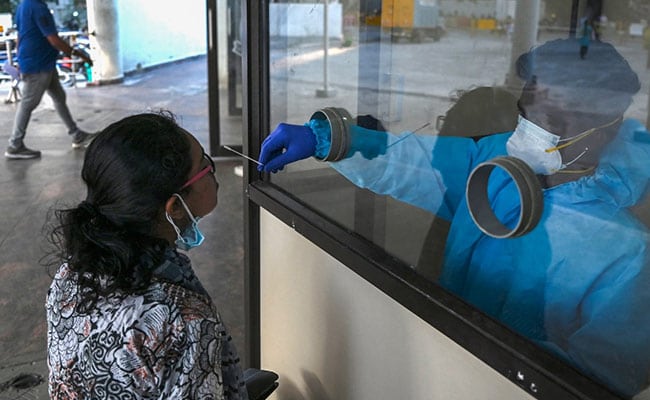 As many as 1,17,100 new cases of COVID-19 were reported in India on Friday, about 8 days after the country crossed the 10,000 mark, as the virus continues to spread at an unprecedented pace, driven mainly by the Omicron variant, which is now present in 26 states. Contains. As many as 302 deaths were reported in 24 hours.

This is the first time in seven months that the number of daily cases in the country has crossed one lakh. On June 6, 2021, 1,14,460 new cases were reported in India. The new case reported today jumped 28 per cent, pushing the country’s total caseload to 3.52 crore.

Maharashtra, one of the states most affected by the Kovid epidemic, added 36,265 today. Of these, 20,181 were reported in Mumbai alone. Chief Minister Uddhav Thackeray will decide on the lockdown in Mumbai, state health minister Rajesh Tope said.

More than 15,000 coronavirus cases have been reported in Delhi in 24 hours – the highest since May 8. The daily cases in the national capital increased by 41.5 per cent per day as 15,097 infections were detected in the city. It comes a day after the city witnessed its biggest one-day spike – 10,665 cases – in about eight months. The positivity rate has exceeded 15 percent.